Yesterday, the U.S. Court of Appeals for the 9th Circuit affirmed the decision of the District Court for the Northern District of California that dismissed two class action complaints challenging TWU’s method of distributing shares of post-bankruptcy American Airlines stock.  International President John Samuelsen applauded the decision to uphold the distribution of collectively bargained equity payments from American Airlines to active TWU members who have continued to sacrifice because of the company’s bankruptcy. For further background on the case, please read the summary below:

As many of you know, the two lawsuits challenged the exclusion of individuals who took early separation from American Airlines and were therefore not employed by the company as of July 26, 2013, which was the official close of the eligibility period for participation in the distribution of shares. The plaintiffs alleged that the plan violated the union’s duty of fair representation (DFR), and alleged that as such, TWU owed them money.

The court also examined whether the plan unlawfully discriminated among members, in particular the allegations that active employees were favored over those who left the company for political reasons. Ultimately, the court also observed that TWU negotiated various gains for our members in the bankruptcy concessionary bargaining, including additional benefits for those who separated from employment, and that because a union does not have an obligation to treat all members the same – especially in the context of the unique challenges of bankruptcy bargaining – this was within TWU’s rights.

Finally, the Court rejected the allegations that TWU acted in bad faith in purportedly misleading those who separated, noting that we had not even formed a distribution committee at the time those who separated made their decisions to do so, and that we warned members that equity distribution determinations had not been decided, so members should not have made assumptions about that in deciding to separate.

Moving forward, TWU will work with all parties to distribute the reserve fund we have held pending this case’s disposition, barring any further appeals to the full circuit or to the Supreme Court.  Members who are entitled to an equity payment because of this decision can expect further updates in the coming weeks. 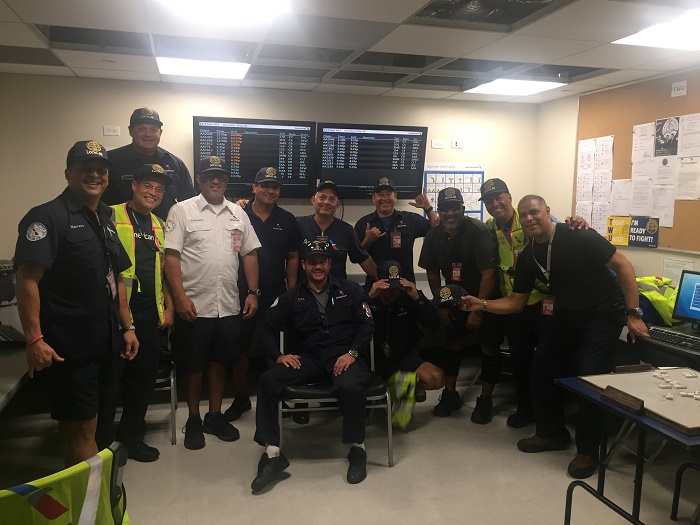 American negotiations continued this week in Washington, D.C. By mutual agreement, the Chairperson of the National Mediation Board (NMB), Linda Puchala, joined our negotiations. The purpose of entering Executive level negotiations is to bring the talks to a successful conclusion and to the degree the NMB can assist in that goal, Ms. Puchala is welcomed.

The conditions set forth in agreeing to NMB participation is that the parties (the Company and the Association) will set their own meeting schedule that is not dependent on the availability of the NMB representative and that there be no interference with the Association communications to our TWU and IAM members.

The bargaining sessions this week focused on some of the difficult language issues that have been left open during the negotiations up to this point. The Association participants in these talks vigorously defended the positions laid forth in our ongoing negotiations. Progress at the table has occurred with some success. While some critical items have been addressed and general agreement has been signaled by the parties, we know full well that a total agreement must include economic agreements that are satisfactory to our negotiators.

Negotiations are scheduled to resume May 22, with additional sessions scheduled after that week.

These joint negotiators remain fully committed to bringing the best contract in the industry for a vote of our membership. Your solidarity and support are both appreciated and necessary in order to achieve that goal. Remember, do not listen to rumors—your only official negotiations report is that issued by this Association.