WHERE WE NEED TO BE!

When Legionnaire Brian Galarza was hired by American Airlines in March of 2016 as a fleet service clerk at John F. Kennedy International (JFK) Airport, little did he realize that he would spur awareness for American prisoners of war and those missing in action (POW/MIAs). 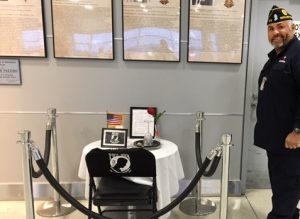 On Veterans Day that year, he set up a POW/MIA table in the employee break room, which sparked “many questions by my non-veteran co-workers,” Galarza reports.

In 2017, the retired Army sergeant (SFC) was appointed veterans’ coordinator for Local 501 of the Transportation Workers Union (TWU).

It wasn’t long before the Veterans’ Committee asked him to set a permanent POW/MIA table at JFK, located at Terminal 8, Gate 12, “which is our veterans’ gate giving tribute to our Medal of Honor recipients.”

Brian is a member of the Daniel M. O’Connell American Legion Post 272 in Rockaway Beach, Queens.

The TWU-IAM Association is committed to achieving on American Airlines an industry-best contract that will benefit all Association members and, consequently, be the benchmark for future airline contract negotiations. The five main issues that remain in our negotiations with American are: scope (protecting our work and jobs), affordable healthcare, meaningful profit sharing, retirement and wages.

In their latest scope proposal, the company insisted on outsourcing at least 5,000 jobs, spanning all classifications. Simply put, without protecting your jobs and the work you do, your livelihood is in danger and every other benefit gained in negotiations is useless. Their fake scope proposal is unacceptable and disrespectful.

In the company’s proposal on retirement, American is trying to transfer as much retirement risk away from them and towards you. Their offer even comes up short against its own internal standards. Without any self-contribution required, American Flight Attendants currently receive a maximum 401(k) company contribution of 9.9% while the pilots receive 16%. The Association negotiating committee will not allow the company to unnecessarily shift risk to you nor will we allow them to treat our members like second-class citizens.

While job security is the most important piece of any collective bargaining agreement, the Association negotiating committee is aware the Company is trying to fool us with their wage proposal. The company claims their current proposal is industry-leading, but is it really? Is it industry-leading if United wage rates surpass yours in less than a year? Is it industry-leading if you are paying more for healthcare or if your counterparts at United and Delta make thousands of dollars more in profit sharing every year? Of course not. The Association agrees that cash compensation is important, and when we have an agreement we will have industry-leading rates.

Hey, American Idle, What About the Early Out? 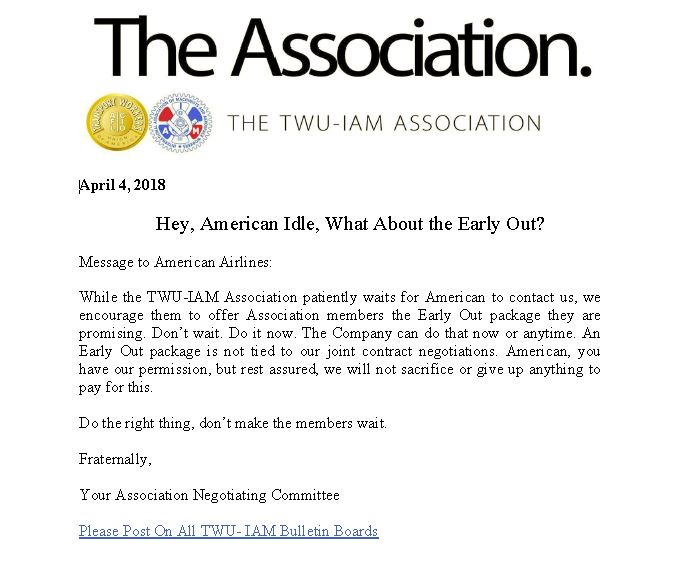 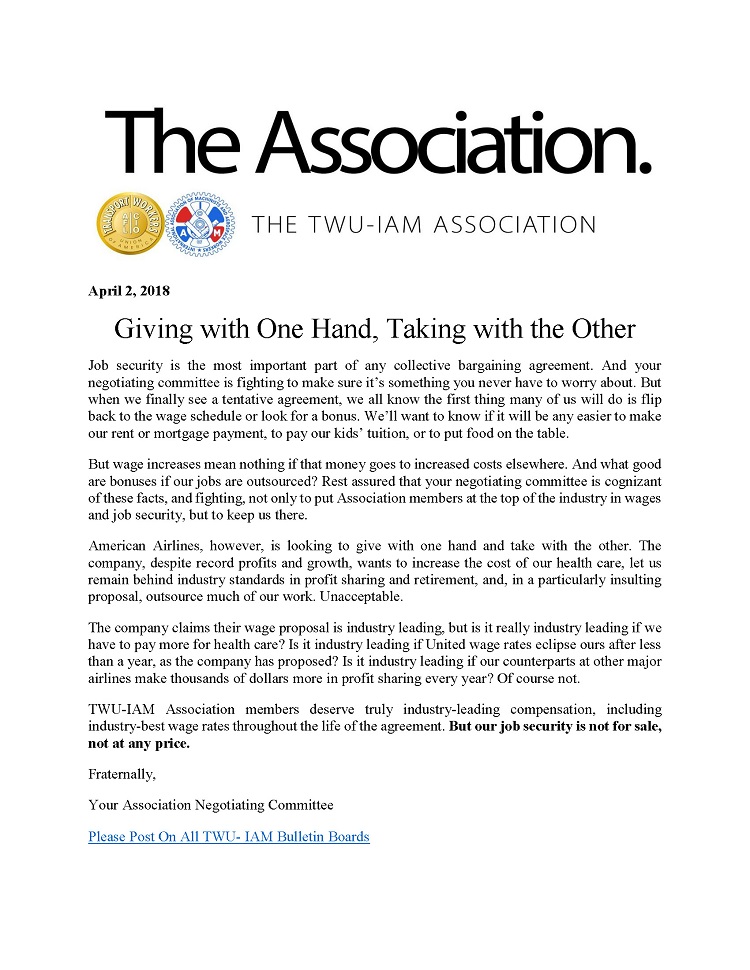