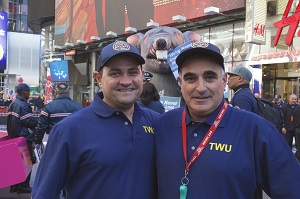 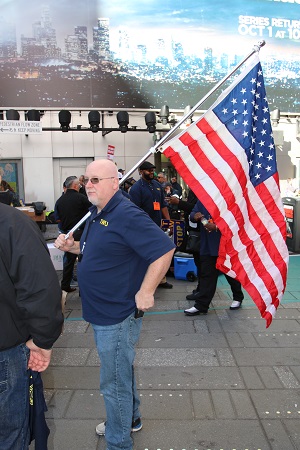 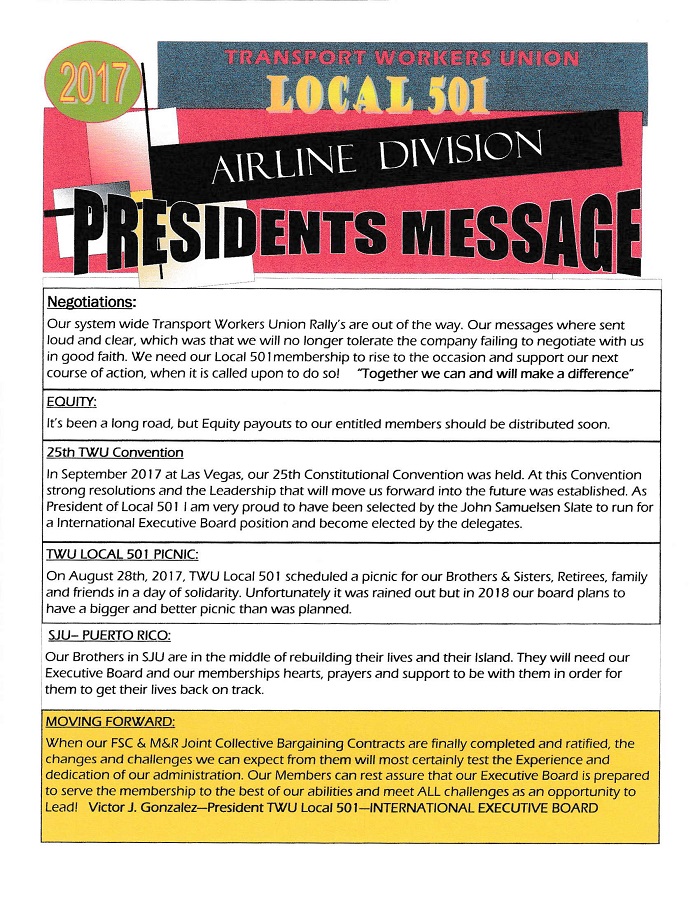 As was previously reported, an Association subcommittee met last week in Dallas to review and designate what Letters of Agreement would be retained in the JCBA, should be discussed during negotiations to incorporate into articles of the JCBA, or removed. All TWU and IAM Letters of Agreement inside and outside of the current CBA’s were reviewed for all groups.

The discussions on the ASAP/ GSAP Memorandums of Understanding are an effort to combine the TWU and IAM programs into a single program to cover all M&R and Stores under the ASAP and Fleet Service under the GSAP.

We had previously tentatively agreed to the Limited Duty Article; further agreement was reached to grandfather anyone currently on limited duty from an on the job injury for all groups.

Discussion on overtime distribution procedures for M&R and MLS continued and will support the previously tentatively agreed to Articles for Overtime.

The Seniority Article for Fleet Service has been tentatively agreed to.

Negotiations are scheduled to resume on the following weeks:  November 6 in Washington, DC and December 11 in Dallas.