I am writing to you on behalf of the 140,000 plus hard-working women and men of the Transport Workers Union across the United States of America, specifically regarding our efforts to protect the jobs of our members employed by American Airlines. Currently, AA is pursuing a policy of offshoring solid, middle-class aircraft maintenance jobs that are currently being performed on United States soil, to China, Brazil and other low wage countries. These blue-collar jobs are often the backbone of working communities in cities and towns across our nation.

The overseas outsourcing of this aircraft maintenance work has not only led to the loss of thousands of American jobs, but also seriously compromises passenger aviation safety and United States national security. When American Airlines utilizes aviation maintenance vendors on foreign soil, it is virtually impossible to determine with any degree of certainty who accesses the aircraft that U.S citizens will soon be flying on. These foreign based maintenance workers will be accessing secure areas of the aircraft without the scrutiny of the FAA, TSA, US Customs, and other U.S. based airport security personnel. All one has to do is look at the thirty-one (31) pounds of cocaine found by American Airline’s Tulsa-based aircraft technicians in January of this year, to realize that this type of unrestricted access by foreign soil based workers is not only risky, but potentially putting American’s lives at risk. And unlike workers performing aviation maintenance on American soil, foreign soil based airline workers are not subjected to extensive background checks, drug and alcohol testing, licensing requirements or ongoing FAA oversight and unannounced inspections.

So as millions of U.S citizens board their next American Airlines flight, they are simply unaware that the plane they are boarding may very well have been inspected and serviced by workers in South America, China, or other parts of the world where US law enforcement or regulatory bodies exercise no authority whatsoever. Worse yet, American Airlines is pushing to increase the amount of foreign maintenance that they currently perform. This issue is the subject of a dispute in the contract negotiations that are going on right now. The company has 7 billion dollars cash on hand and is at the height of its economic prosperity, yet they want to strip even more American workers of their livelihoods. Enough is enough, American Airlines workers have already sacrificed greatly to make their company successful, and highly profitable. It’s time for American Airlines and their CEO Doug Parker to stop putting profits over American workers. The middle-class in this country has suffered enough, and the business model that American Airlines is pursuing has contributed greatly to its demise.

President Trump, you have spoken at length about the need to protect our jobs and stop the offshoring of America’s middle-class. You’ve also spoken about the need to bolster national security. American Airlines’ actions present you with a unique opportunity to address two of your core issues at once. We ask that you look at this situation and let American Airlines and CEO Doug Parker know that this behavior is downright un-American.

The Executive Negotiating Committee informed American Airlines they would not meet face to face with the company this week while in Washington D.C. Your negotiating committees continued to evaluate the proposal presented last week and worked on crafting language to respond to this woefully inadequate company document that is far from industry leading.

It is becoming abundantly clear that the Members’ feeling of disgust towards American Airlines is growing. Your committees greatly appreciate your support this and every week. Your continued support is needed to bring you the industry leading contract you deserve!

Negotiations are scheduled to resume on the following weeks: August 14th and August 28th. 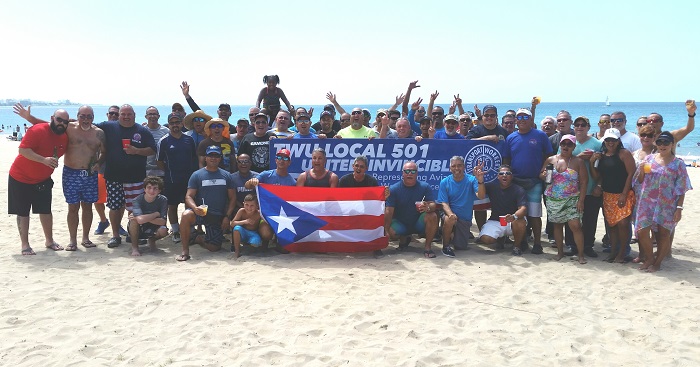 A Day in TWU History: Victory at DFW 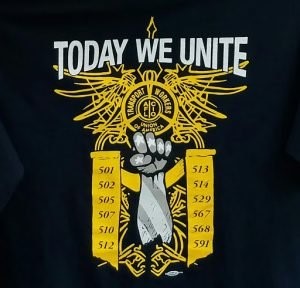