We continue to receive questions concerning the American Airlines equity lawsuit. The latest update is below:

The appeal by plaintiffs in the Demetrius lawsuit is still pending:  the U.S. District Court ordered the dismissal of this case, in which plaintiffs challenge TWU’s Equity Distribution Plan; and plaintiffs have appealed the Court’s order to the Ninth Circuit Court of Appeals. The case has not yet been scheduled for argument, nor have judges been assigned to the case.

TWU will communicate with you as soon as there is any further development in the appeal. Please be sure to download the TWU App and sign up for notifications to get the latest updates on this and all things TWU-related. 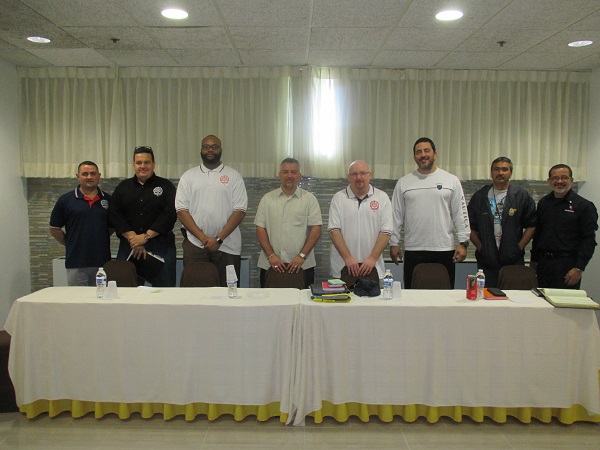 As previously reported, at a hearing in November, TWU presented a major segment of its grievance regarding American Airlines’ plans for disposition of the employer matching contributions which the company made on behalf of TWU-represented employees. At that hearing, the union believes it demonstrated that American violated its collective bargaining agreements.

TWU has filed a post-hearing brief, stating “that the aspect of TWU' s grievance that alleges that American violated the CBAs by not allowing post-October 31,2012 retirees to draw down from the Company’s matching contributions … to partially pay for their post-retirement health care coverage should be sustained." The post-hearing brief was filed on Jan. 22, 2016.

The TWU-IAM Fleet Service Negotiating Committee met this week in Baltimore, Md. and continued joint contract negotiations with American Airlines. While the company publicly assures us that it's making every effort to move these negotiations forward, the reality is that American Airlines continues to employ some of the oldest tactics in the book to frustrate our negotiating committee.

Rest assured that despite the company’s claims of scheduling conflicts and attempts to propose concessions despite soaring profits, we remain committed to fighting for the best deal for Association members. We’re here, ready to work on your behalf, and we won’t settle for anything but the contract you deserve.

This week at the bargaining table, we tentatively agreed to provisions regarding bulletin boards and fitness for duty language, and exchanged proposals on grievance procedures and uniforms. We are still awaiting American’s response to our representation proposal.

Our next bargaining session is scheduled for the week of February 29, after which we will provide another update. As always, we appreciate your continued support and patience as we navigate this complicated negotiation process.

The Mechanic & Related/Stores negotiating committee met with American Airlines this week of February 8 in Baltimore, Md.

As we continue to progress steadily toward a joint collective bargaining agreement, we remain firmly committed to one goal: negotiating the strongest deal for our members. We are working tirelessly to ensure that the best of both contracts are combined into one comprehensive agreement.

• We tentatively agreed on the following articles: fitness for duty, uniforms and bulletin boards. We will continue to exchange proposals with the company on these matters.

• We have exchanged proposals on articles for certain grievance procedures, and made our initial proposal regarding overall representation, which encompasses other grievance procedures and system board of adjustment. Both these articles are particularly complex, and because we are blending two existing, mature practices, it takes time. These articles are the foundation of our ability to enforce your rights under the agreement, so we are working through all articles with extreme
diligence and care.

We are scheduled to continue negotiations during the following weeks: February 29 in DFW, March 7 in DCA, March 21 in DFW and March 28 in DFW.

We appreciate your continued patience and solidarity throughout this process, and will continue to provide updates after each session.